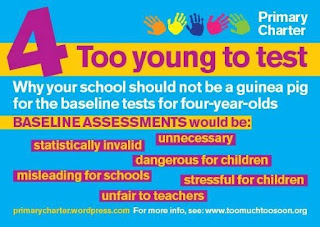 So it seems that the DFE continue to be committed to imposing Baseline assessment upon the nation's four year olds in 2020, as presumably it is one 'those changes already announced and which are working their way through the system' referred to in Damian Hinds' latest speech.

As a contributor to the recently published More than a Score dossier on Baseline Testing and Beyond the Exam Factory: Alternatives to High Stakes Testing and as a Chartered Psychologist, I have spent many hours putting together accessible explanations about why applying high stakes assessments to young children is ill-advised. There are many different arguments at many different levels that can be made against exposing young children and their teachers to the type and level of stress that is created by high stakes testing. Several of these are outlined in my TES article Is Baseline Missing the Bigger Picture and others by my colleagues Alice Bradbury and Guy Roberts-Holmes in their blog Hyper-governance and Datafication in Early Years Education.

However, as a researcher, parent and grandparent, what baffles me the most about this situation is the manner in which the current government continue to ignore the most recent neurophysiological research into human development. As such, they seem oblivious to the problems associated with the formal testing of young children under an ‘accountability’ agenda, a lack of understanding which has led to their intention for England to become the only nation in the world to apply a high-stakes ‘baseline’ test to 4 and 5 year olds from 2020 onwards.

The early development of the brain involves a complex extensive neuronal connection programme. A useful analogy is to imagine the brain of a newborn baby as a brand new personal computer. S/he comes equipped to run certain programs in certain ways, but the programs that are present in the brain at this early stage do not contain anything beyond the beyond the manufacturer ‘freebies’; for example the instinct to suck, which disappears later in development.

Of course human brains have far more potential than a PC, and develop in a fashion that does not only allow potentially infinite storage capacity, but also the ability to link concepts together in infinite neural networks. At the beginning of life, links between neurons (synapses) are formed at a faster rate than at any other life stage. As the early neuronal connection program unfolds, children’s ability to organize thought exponentially increases. This organisation is aided not only by the continued connection of neurons, but also through the elimination of pathways that are seldom used; so called ‘blooming and pruning’. A child at five is only at the beginning of this process, and as such, can become easily confused when questioned by an unfamiliar adult in a formal setting. This became clear long before the advent of MRI scanning, when world famous psychologist Jean Piaget engaged children under six in formal conversation about unfamiliar situations and concluded that their understanding was poor, while later researchers who framed their questions more informally, within situations with which children were more familiar (for example having a ‘naughty’ glove puppet knock counters out of line rather than an adult moving them deliberately whilst questioning and re-questioning the child) found that young children had far more understanding than Piaget had proposed, if asked questions in a ‘frame’ that is familiar to them.

Why then has the DFE made it clear that they intend the proposed Baseline test to be carried out in the first half term of Reception when the age difference between the oldest and youngest children in the cohort is proportionally at its greatest (20%) and via a discrete assessment exercise, carried out in an unfamiliar classroom by a teacher to whom they have only just been introduced? The intention is to use the score generated to create a statistical program to measure the school’s ‘accountability’. Not only are there many practical issues that will make this untenable- for example a significant number of children move from one primary school to another between Reception and Year 6- the concept that 4 and 5 year olds can be reliably assessed in this way is counter to overwhelming psychological and biological evidence.

The fact of the matter however is that it is up to parents whether they will permit their children to take this test. The law in England states that a child must attend school from the term following the fifth birthday, so technically all Reception children attending during the first term (in which the DFE intend to locate the tests) attend on the basis of parental consent. Parents therefore have the most powerful voices in this debate, and in the final analysis, it is entirely up to them to consider how they will respond to the prospect of their child’s entry to primary school coinciding with the disruption and stress associated with a high stakes testing process.

Once Upon a (Modern) Time…

Once upon a time, there was a grandmother who was sad. She had been born into a happy Kingdom, not long after a great war that had vanquis... 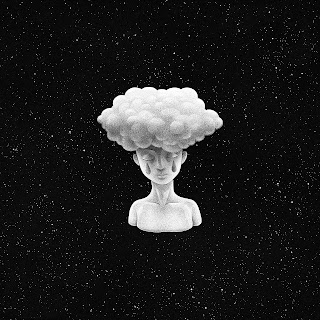